SALON VIDEO is a platform for presenting and experimenting with video art, primarily open to artists from Romania. The project was initiated by Daniela Palimariu and Dan Basu in 2012, and it was run in collaboration with Luminita Apostu in 2013/2014.

Regarded independently, the video image invokes the approach of discontinuity, pause and the static frame as hints for a temporal structure, contrasting with the habitual dynamics of video art. ]hiatus[ brings together works that question both the place of this pause in the economy of the alert every-day and the atemporality of inspirational moments for the artist as author.

Using the video medium in a pictural sense and getting closer to a photographic framing, most of the works offer, through their semi-static images, a space for observation and for an aparent idleness, by releasing tensions, but leaving room for a relaxed understanding, without forcing any conceptual or political overloads.

Beyond the sequential flattening of some fragments of reality syhtesized into isolated frames, the video works communicate directly with classical paintings from the 18th and 19th centuries from the collection of the Arad Art Museum, next to which they are exhibited. The urban architecure investigated in the works of Vlad Basalici, Ingrid Merino, Mircea Nicolae, Dan Acostioaei and Itziar Barrio proposes a place for break where moments of respite between the street jam, the alarm noise, the construction plans or the abandoned construction sites that get innundated by wild vegetation reduce the city inhabitants to mere whitnesses for the artificiality of change. The video image as a poetic pause for nature appears in the works of Raluca Popa, Dragoș Bădiță, Maelle Cornut, Álvaro Negro și Adina Mocanu like a reminescence of a long forgotten reverie; a hiatus is produced between the individual and the traces of his interventions, between nature and the artificial nature of human action. 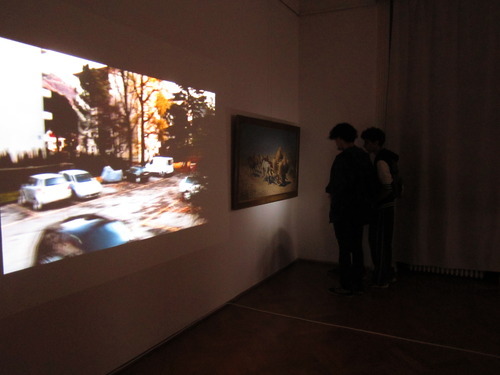 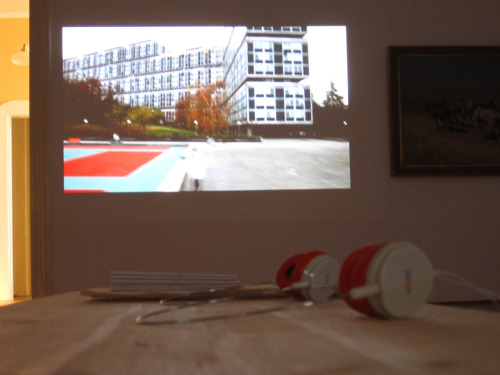 ]hiatus[ proposes an exhibition as a pause in the exhibition, selecting from video art’s stakes the one that causes slowness to an exhaustive production of contemporary art, both through its materiality and through the evemerality of the moving image. An empty frame gets shaped thus, in which the visiting time, seldom charged with complex significances, gets dilluted in the form of a pause for reflection.

With this edition, SALON VIDEO proposes an understanding of the dynamics and relevance of video art in which the pause is displayed as a production of time, favoring the concentration of reception. 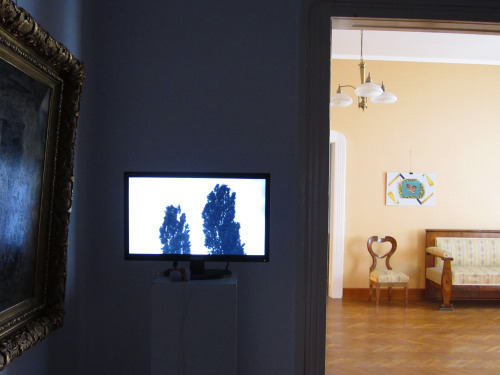 SALON VIDEO is a flexible platform for video art, primarily open to artists from Romania. The project was initiated by Daniela Palimariu and Dan Basu in 2012 in Bucharest, and it is now run together with Luminita Apostu. Salonvideo’s first edition took place at Alert Studio, Bucharest following a free-theme open call, while the next three episodes focused on specific approaches, like The Double (at Atelier35), Rituals (at Platforma Space) and Matters of Method (at tranzit.ro/ Iași). In 2014 salonvideo takes place in the frame of two larger events – R.A.M. Media Arts Festival, organized by Kinema Ikon in Arad and at HAU in Berlin. Beyond the variations of location and theme, each SALON VIDEO edition seeks to present video art with a slightly different approach than the one before, to introduce young artists that work with video and to research various understandings of the medium itself.