SALON VIDEO is a platform for presenting and experimenting with video art, primarily open to artists from Romania. The project was initiated by Daniela Palimariu and Dan Basu in 2012, and it was run in collaboration with Luminita Apostu in 2013/2014.

DOI_Salon Video took place between July 5th at 12th 2012 at Atelier35 in Bucharest.

The three artists presented this time were selected through personal invitations.

A refreshing video selection was presented, perfectly fitted with the summery tensed spirits. We offered ourselves the time for play, ambiguity and personal games. Each artist in the show is present with a dual work, in which they are performing alone. They talk to us directly, improvise or take advantage of an unexpected favorable moment. Without taking themselves too seriously, the artists are respectful for the invented game and its rules.

Maria Luiza Alecsandru has invented her own museum of domestic space, which she now presents to us with childish seriousness. Florin Bobu makes up a personal drama and seizes the opportunity in symmetrical discoveries. Simion Cernica naturally inserts himself in a post-apocalyptic film decor while, in parallel, becoming main character in a local narrative.

photos of the event: (by Dan Basu) 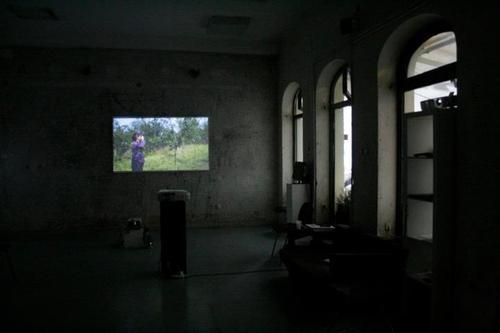 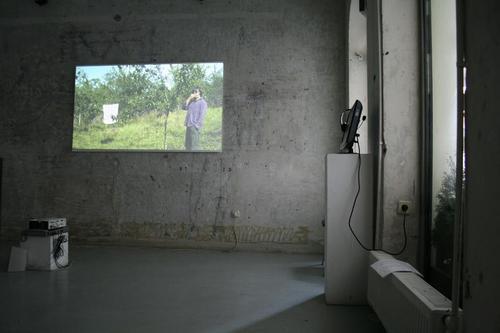 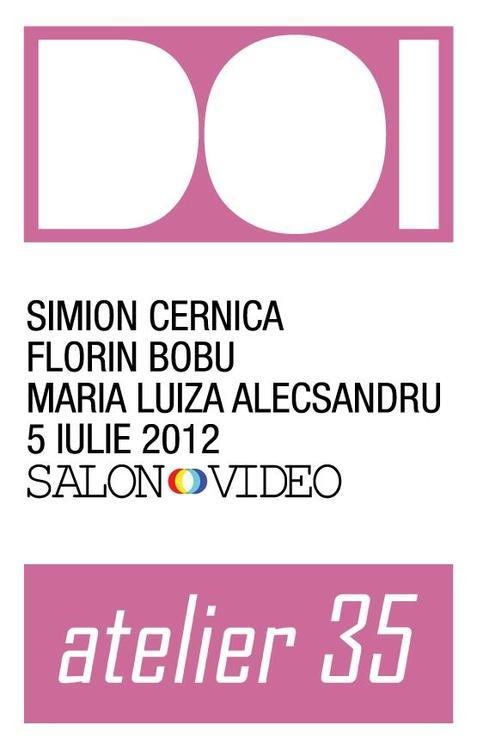